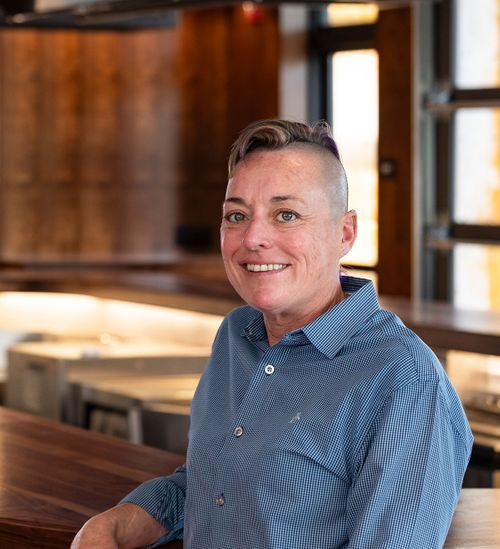 Kim earned a degree in finance from the University of Oklahoma and began a career in that field following graduation. Realizing where her passion truly laid, Kim turned her focus to hospitality and moved up the ranks of the restaurant group she was working for and soon became General Manager of their newest concept: Chica’s Mexican Café in Nichols Hills Plaza. Following that opening and the success of Chica's, Kim moved into management OKC’s infamous Café Nova. It wasn’t long before Kim and her soon-to-be business partner were making plans of their own, and within a short while, Picasso Cafe was born, in 2009. Kim is a founder and partner at Picasso Cafe and The Other Room bar, and also serves as spirits director for HumanKind Hospitality. Kim resides in Oklahoma City with her girlfriend and their three dogs.