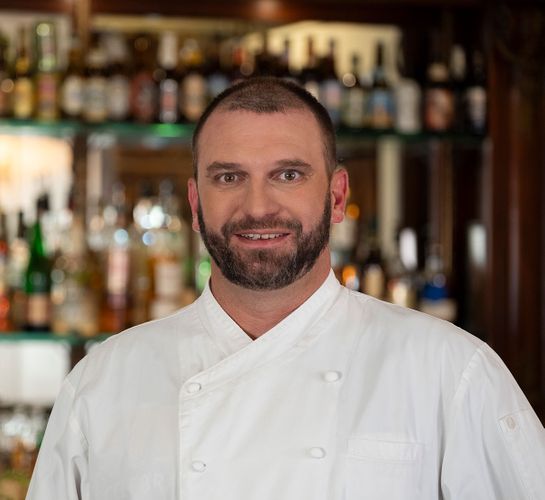 Parrott began his cooking career at age 15 and has not looked back. After holding many positions within distinguished area restaurants, Parrott aided in the reconceptualization of The Mantel Wine Bar and Bistro in Bricktown, Oklahoma. in 2000. He then opened nine different restaurant concepts beginning in 2003. Deciding to take a career turn, Parrott partnered with two other restaurateurs to open Iguana Mexican grill in 2008, and also began his own catering company, Seasons, and a one table concept called Table ONE. Parrott later teamed up with LOCAL in Norman to consult for a group to offer a unique family dining concept with locally sourced food. Since joining HumanKind in 2014 as executive chef, and has since become a partner and HumanKind's Culinary Director. He is proud to reside in Oklahoma City with his wife Malana, and their six children. Ryan is deeply involved with many charity organizations, including Arts Council of Oklahoma City, The March of Dimes Oklahoma Chapter, Regional Food Bank of Oklahoma, Boy Scouts of America, National Multiple Sclerosis Society Oklahoma chapter, and Oklahoma City Museum of Art.